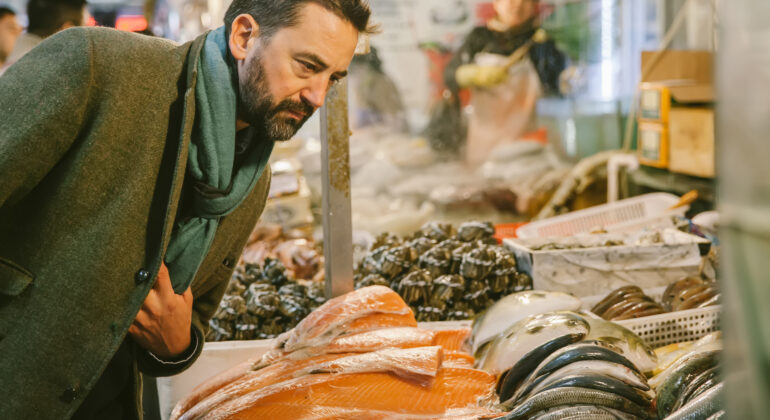 “Don´t shop here at the hotel, it´s a rip off,“ was the first piece of advice from Tom, the tanned, professionally smiling holiday rep, on the day we arrived. “There´s another shop just another 200 metres away, selling the same stuff at half the price…“

“Let´s go to the hotel shop,“ I announce once our son declares the need for new AA batteries for his  toy.

“5 Euro,“ a lady in black utters dryly. It must be the heat…

What a rip off. Tom was right, half the price at the other shop. Thanks Tom.

Lying at the beach on day two, I hear a voice ring out across the beach, “Fresh donuts. From the best bakers!“

The voice is clear. The intonation is right. And the soundbite, “from the best bakers“ could win an Oscar for the biggest cliché of the year. Yet, the guy looks convinced as he walks quickly among the sunbeds. I never saw anybody buy a single donut. Not at this beach. No wonder – it´s all inclusive, the beach bar is 20 metres away. Nobody is that lazy…

Playing water tennis on day five, I ask my wife,  “How much would you be willing to pay for this?“ referring to the water tennis set – two wooden bats, and a ball. We´d bought it the day before and the beautiful picture of the island on the front of the bats has peeled off already…

Curiously, I´m surprised by my own reaction. No rip-off thoughts this time.  Quite the contrary, in fact, I caught myself thinking that I´d be willing to pay double the price. But why?

I guess, subconsciously, I was comparing the price to the other purchases we´d made at the hotel –  the Wi-Fi access, the deposit box, a glass of a fresh juice… I got anchored by these prices. We´d rented a pedal boat for an hour for three times the price we should have. Was it three times as much fun? Definitely not. After the initial 10 minutes of enthusiasm, buyer´s remorse kicked in and we were left with 50 more minutes of brainless pedalling. The bats, given the fun factor, could cost 3 Euro – per day!

Yet, inevitably, packing for home, I say, “Where do we put this junk? There´s no more room in the suitcase!“ I swear and the value of those bats decreases dramatically.  Do we discard them or keep them until next year’s holiday?

If you’d asked me for the price at that point, I´d surely say you´re mad to ask twice the price. Renting the tennis set? Now, there’s an idea…

Now, as we´re waiting for the shuttle to pick us up back to the airport, I hear an English boy asking his father, “But you left them much more than you should have…“

I wonder if they´ll be tipping so heavily towards the end of their stay.

Now what’s  the takeaway for you when negotiating deals worth hundreds of thousands?

What are their anchors? What other purchases are they making? What benefit are they hoping to get? And finally, how does the value perception change over time with your product or service?

The value is in the eyes of the beholder. And it either exists, or your beautiful, wonderful, absolutely unique solution (“from the best bakers”) is utterly worthless.

At least to them. At least for now.