Primed to shop for shoes 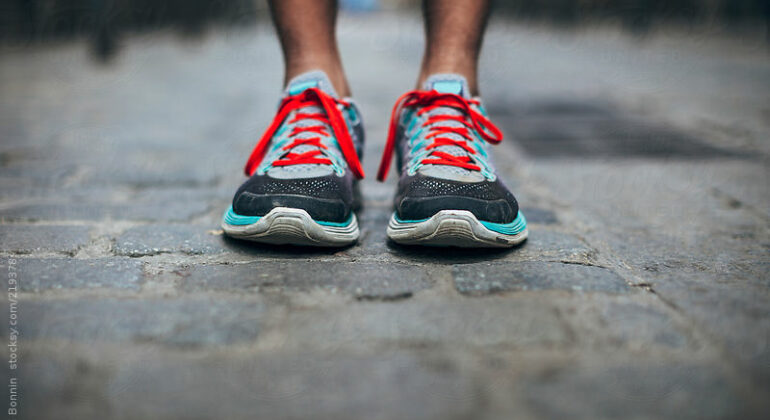 “I´m useless today!” Nadezhda mutters angrily to herself as she´s carrying a box of shoes back to the warehouse.  Petr, her manager, looks grim too. She doesn´t even look at him as she´s squeezing past him in the warehouse full of the winter collection.

Petr´s mind is already far away. Is it the location? The product? The price? The staff we hire?  Or is it everything together? Petr’s a fighter. Determined to succeed, he came to find out why this particular shop has been in the red for so long.

Earlier today, it was a struggle to convince Nadja not to give up. He knows it´ll be harder next time, and that time is short, not only for Nadja, but for the bottomline – this shop doesn’t have long if things don’t improve.

“What?” Nadja´s already fed up with carrying boxes back and forth.

“Listen. Take 3 boxes to each customer. One with the shoes the customer wants, a second pair one size bigger, and the third a different style with the proper sizing.”

It´s hard to say no to Petr. Nadja knows this.  So, she doesn´t fight back and tries to conceal the “whatever” sign on her forehead.

“Trust me on this, Nadja. I´ll leave you alone, I don´t want to stress you out, ok?”

Grateful for a moment alone, Nadja takes a deep breath, giving the idea a chance, only to regret it a few minutes later, as the pile of boxes mounts in the warehouse. Now she’s got a mess to clean up on top of everything else.

“So, how was it?” asks Petr the next morning, as they stand around the cash desk checking the previous day’s results. Was his recipe a success?

“I hate you,” starts Nadja. She looks angry.

Then, for an incredibly long few seconds she just glares at him.

“I hate you… for not telling me earlier.”

So, what’s the moral of the story? Selling is a negotiation. Petr know this. If you’re negotiating something, think of at least three possible agreements to free yourself from the pressure of yes or no. While there´s a 50% chance you’ll get a “No” if you offer one solution, it´s much harder to say “No” to three possibilities.

In fact, so effective was this recipe that Petr and his team managed to increase the profit margin of the company by 70% in just 6 months.